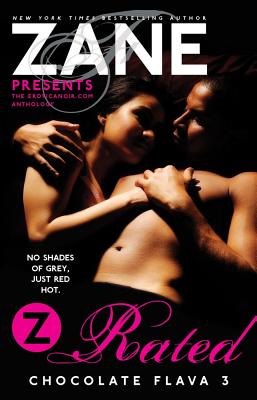 Reading the twenty-seven stories of this anthology is the equivalent of a very hot, hot date when sexual desire explodes into a wild out-of-body experience. Zane takes pleasure into choosing some of the nastiest tales imaginable, selecting sweaty segments from some of her old friends: Allison Hobbs, Cairo, N‘Tyse, Tigress Healy, and Rae. None of these folks let her down. As followers of Ms. Hobbs know, she can really put out with the heated pounding and wet thigh cream as in her story, “Dick Tease,” while Cairo‘s “The Pussy Pleaser” is a tribute to a satyr from the Hood who recognizes steamy pink when he sees it.

Erotica veteran Tenille Brown‘s “Choices” explains why her main character, Leroy is good with his digits, hip grinding, and sweet talk. Everybody wants to watch something that they should not see as in the case of Perkdaddy‘s “Sneakin‘ and Peekin‘.” A peeper‘s tasty delight. Candy Jackson, a newcomer, turns in a winning performance with her “Control Freak,” while the stories by Tabitha Strong, Jewells, and Scott G. send soaring the temperature in every room of the house.

Other than Shane Allison‘s gender-flipped “Big Girls Need Dick, Too,” there is a quartet of flesh-on-flesh gems, like Alegra Verde‘s exciting “The Brother,” Giselle Renarde‘s clever “Tight Jeans,” Shakir Rashaan‘s pounding “To Protect And Serve,” and Kwesi Walker‘s provocative “The Jewelry Dreamer.” But one of my favorites in the collection remains Richard Burns‘ “Sweet Chocolate‘s First Taste,” about a young infantryman‘s maiden voyage into the realm of feminine sexual softness, providing us with the innocent view of a male virgin when he encounters such “perfectly proportioned breasts, narrow waist, sweeping curve of her hips and scrumptious, perfectly developed ass.” Another surprising moment is the inclusion of an intense story by editor-writer Rachel Kramer Bussel of wicked dom play and spanks, “Party On,” which unruly sex outlaws will love.