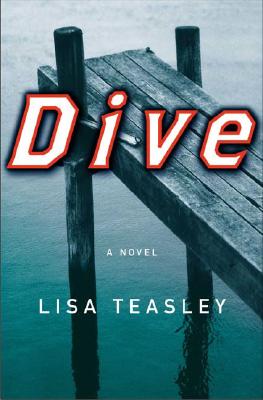 Read a Description of Dive: A Novel

Dive serves as a heavy, textured and elaborately engraved calling card to an awesome, beautiful, new voice on the horizon. Dive is the debut novel by Lisa Teasley. Dive, a novel that revolves around an interracial couple, is an examination of human nature and all of the emotions that come with it. Through the two main characters, Teasley reached into the often feared, rarely tread recess of the heart, expressing it with an intricate prose that shines and shimmers in moonlight. If I could give Dive a standing ovation, I would in a heartbeat. It is, without a doubt, one of the best books of the year.

Ray Rose is a white construction worker, whose physical beauty hides a sensitive, faithful, and caring soul. Because of Ray’s loyalty to a friend, he commits a violent crime that continues to plague his dreams every night. Ruby Falls, a black female animator for a hit TV animated series is looking for herself. After a series of affairs, a job she is feeling indifferent about, Ruby’s life is becoming routine. She is extremely physical in her hobbies and activities, building her body as compensation for having low self esteem and little confidence in herself. When a murder is committed outside her front door, Ruby’s life goes into a tail spin. When Ray leaves his Florida home for Alaska to outrun his past, he will run directly into Ruby. Ruby running from her own memories; goes to Alaska to do some rock climbing. In each other, Ray and Ruby will discover the love of a lifetime. Will they be able to keep it is the question of the hour.

Although, from the book’s description, I thought Dive was a romance novel with a bite to it.  After reading the first words of the novel, I knew I was wrong. It is true that the book revolves around the relationship of the two main characters but Dive is not a romance novel. Dive is romantic, in the old sense of the word, when being romantic meant being passionate, zealous. With a subtle quiet charm, Teasley unveiled Ray’s and Ruby’s feelings for each other.

Dive is a novel that uncovers the depth of the human heart by laying bear the emotional psyche of Ray and Ruby with a prose that literally sings off the pages. I was stunned by the violence in the novel. Mind you, not the violence of the two events that hovers above Ruby’s and Ray’s consciousness, but the violence of the passion Ruby and Ray have for each other. I was silenced, caught unaware and hypnotized but it.

Dive has the eyes and the beating heart of an old soul incorporating the beauty of freshly bloomed tulips in February. Teasley is an author that has the ability not to see, but to see through and into souls. Teasley has the breath and touch of a master poet with the rhythm and tongue of a natural storyteller. I am praying that there are more novels of Dive’s caliber waiting to escape Teasley’s mind and onto paper.