Book Review: Black Food: Stories, Art, and Recipes from Across the African Diaspora 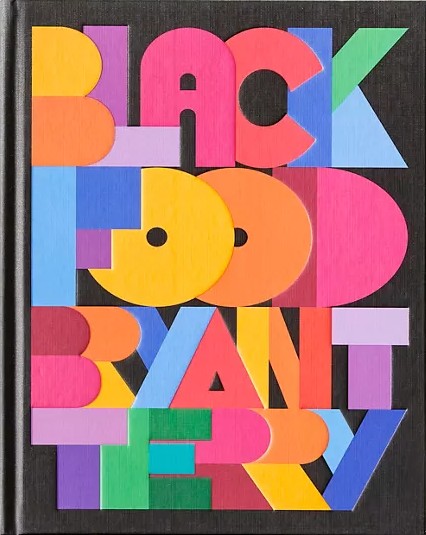 Read a Description of Black Food: Stories, Art, and Recipes from Across the African Diaspora

Black food, aka Soul food, is celebrated all over the world for its delicious ingredients, tangy flavors, homegrown recipes, and traditional richness. This book, Black Food: Stories, Art & Recipes From Across The African Diaspora by Bryant Terry, a native of Tennessee, is one of the finest representatives to promote black food in all of its glory. Terry attended Xavier University where he graduated with a degree in English and later moved to New York City. While earning an M.A. in history at New York University, he heard a hip-hop song about factory farming, compelling him to switch to a plant-based diet and began to address food injustice. He later enrolled in the chef’s training program at New York City’s Natural Gourmet Institute for Health and Culinary Arts.

Hundreds of cookbooks are published in the summer and fall, but this book stands head-and-shoulders about the rest. Not only is Terry an elite African American vegan chef, but he is also a chief spokesman for food justice and insecurity, educator, and author of several books. He won a 2015 James Beard Foundation Leadership for his food justice work. In 2021. He earned an NAACP Image Award for his acclaimed book, Vegetable Kingdom.

What makes Black Food special? In the words of Terry, they are: “Black Food is a communal shrine to the shared culinary histories of the African diaspora… Recipes are the through-line of Black Food. Without being overly prescriptive, I asked brilliant colleagues to offer dishes that embody their approach to cooking and draw on history and memory while looking forward.”

Yes, I’m a foodie. Upon my arrival in the city in 1975, I had the good fortune to have the famed Geechie cook and author Verta Mae Grosvenor as a friend and mentor. Other than my Grandma’s cooking for the family and the unfortunate in Ohio, she opened my eyes to the art of soul food as a cultural, literary, and political asset with her 1972 classic Thursdays and Every Other Sunday Off and the landmark Vibration Cooking: or The Travel Notes of a Geechie Girl. Here, in Terry’s book, Black Food, this philosophy mirrors her own spiritual worker bee mentality. Its topics mark out a firm grip on the traditional, health, and cultural territories: “Spirit,” Motherland,” “Migrations,” “Spirituality,” “Leisure & Lifestyle,” “Land, Liberation & Food Justice,” “Black Women, Food & Power,” “Black, Queer, Food,” “Radical Self-Care,” and “Black Future.”

Terry’s book has a stylish heft, artwork, tales, kitchen manual, and an enlightening manifesto about organic cooking and food justice. And those recipes make the reader want to cook them for family and friends. Wonderful to browse through the stunning photos of the food, alongside the inventive descriptions of the ingredients. Erika Council’s Buttermilk Biscuits are flaky and flavorful for sopping up gravy at a church social. Yewande Komolade’s Crispy Skillet Cakes makes the mouth water, while Hawa Hassan’s Somali Lamb Stew satisfies any appetite. There’s Dr. Tao Leigh Goffe’s Jamaican-style Ackee & Callaloo Patties, Jenne Claiborne’s Nana’s Sweet Potato Pie, and R J Dennis’s Okra & Shrimp Purloo that suits any palate. The legendary Edna Lewis has an outstanding recipe for Fresh Peach Cobbler. Any soul foodie will love Adrian Lipscombe’s delicious Collards with potlikker, cornbread dumplings, and green tomato chowchow. This is a small sampling of the many sublime recipes throughout the book.

“Each chapter and verse, each poem, photograph, painting, think-piece, and recipe is a portal to beloved communities of plants and animals, food and pleasures, leisures, tastes, and cultures across many eras,” Terry writes. With a sumptuous modern playlist, he pays tribute, along with other writers and chefs, to the artists, activists, scholars, writers, poets, and other honored ancestors with our traditional food. Like other monumental classics in their field, Terry’s Black Food deserves a permanent place in your kitchen and on your bookshelf. 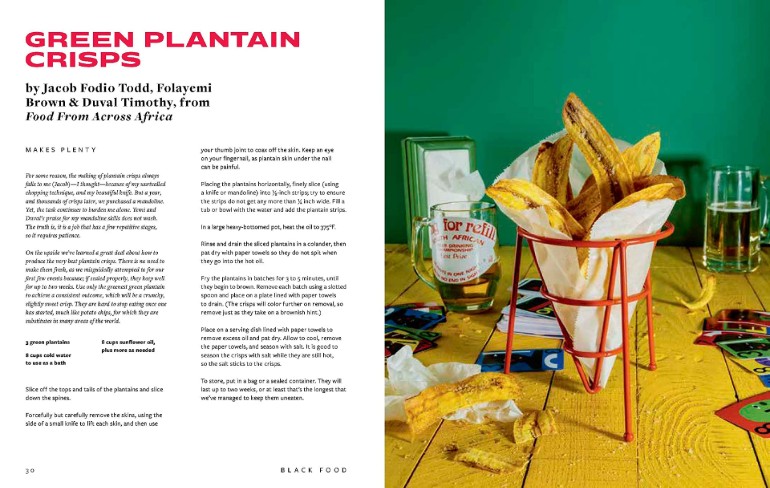 Read 4 Color Books’s description of Black Food: Stories, Art, and Recipes from Across the African Diaspora.