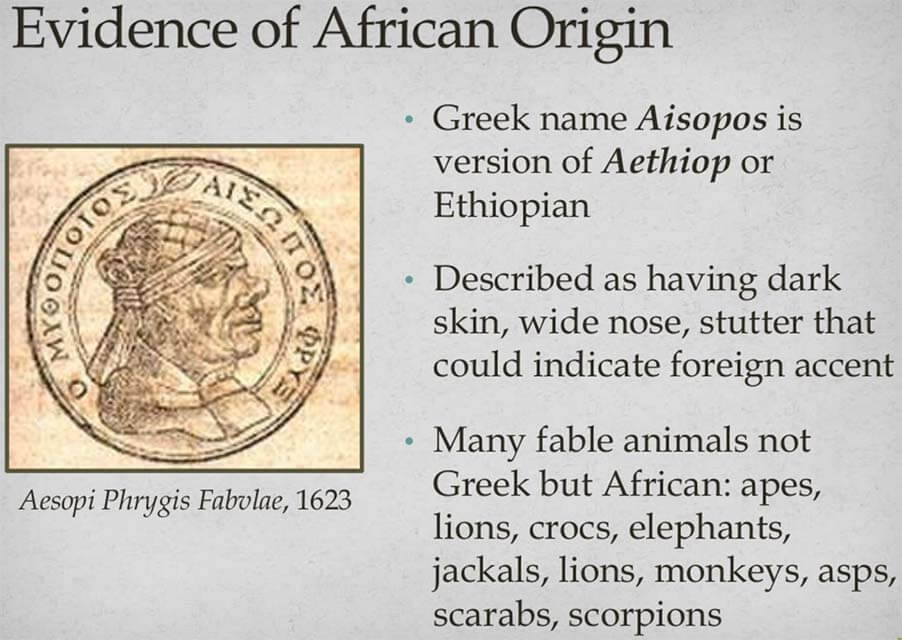 Read some of Aesop's Fables

Legendary creator of what is now referred to as Aesop's Fables.  Although he lived in Ancient Greece, Aesop is believed to have been a black slave from Phrygia, a region now in central turkey.

Among the everyday phrases that his fables have made popular are “don’t count your chickens before they hatch”,  “sour grapes”, and “look before your leap”