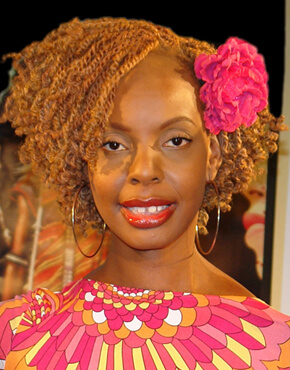 Esther Armah is a New York radio host, playwright, award-winning international journalist and national best-selling author. Esther has been in the media in Europe, Africa and now America for almost 15 years. In New York, you can hear her on New York”s WBAI99.5FM”s morning talk show “Wake Up Call”, Mon-Thurs 6-8am. She has hosted WNYC’s “The Next New York Conversation”; GRITtv with Laura Flanders and MNN’s Ancestor House with Nana Camille Yarbrough. Esther Armah is a political commentator on MSNBC’s Up With Chris Hayes and Melissa Harris Perry. As an international journalist she has written for “The Guardian” newspaper in London, “Essence” magazine in the US, and “West Africa” magazine in Africa. Her most recent writing is an essay on her life”s work “Emotional Justice”, entitled “The Posse” and has appeared in the 2012 book: “Black Cool: One Thousand Streams of Blackness” edited by Rebecca Walker, daughter of the Pulitzer prize winner, Alice Walker.

As a playwright, her plays “Can I Be Me?” “Forgive Me?” “Entitled!” have all been seen on New York stages. Her play SAVIOUR? debuted October 2011 at Manhattan’s Dwyer Cultural Center. Esther”s first book, “Can I Be Me?”, became a national best-seller. Esther created the term “Emotional Justice” a phrase to address, challenge, deal with the legacy of untreated trauma from our history and passed down from generation to generation. This is a multi-media, multi-platform, mixed gender critical community conversation series: on the mic via radio, on stage via theater, on the page via writing, live via panel discussions. In London, .she worked in radio and television for over a decade with the world”s biggest broadcaster - British Broadcasting Corporation, BBC.. She runs Centric Productions, a multi-media production company. As a reporter and journalist she has traveled and worked in London, Washington, Philadelphia, South Africa, Ghana, Nigeria, Kenya, Lesotho. She was named as one of Ebony magazines “must see, must cop, must listen to” people on their 2012 “The Cool List”. She now lives in New York. 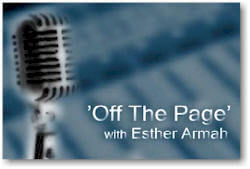 Esther Armah was the host Off The Page

Off The Page is the one hour lively weekly radio talk show about the world of books with those who write, critique, profit and publish, publicize and organize, agitate, inspire and pioneer. Provocative, personal, dynamic, vibrant, Off The Page brings books to life.  Off The Page is unique in we do a creative media franchise. Off The Page goes from the print, to the airwaves to the webscreen. You can hear Off The Page on the radio, you can watch segments of the show online, and you can get the books you hear us talking about. Welcome to 21st Century creative literary media! 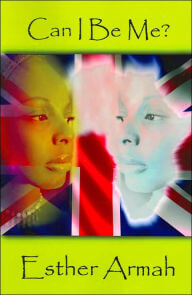