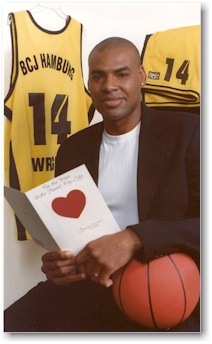 Gerry won All-American honors in H.S. basketball and simultaneously All-State honors in music. Gerry accepted an athletic scholarship to the University of Southern California. He eventually left and transferred to the University of Iowa. Gerry was twice selected to the Big Ten All-Conference Team and was a preseason All-American as a senior. Gerry graduated with a BA degree in Communications.

Although he was drafted by the Detroit Pistons of the NBA, Gerry chose to serve in the military before pursuing a professional basketball career. Gerry was honorably discharged and attained the rank of Lieutenant.

After the military Gerry played two seasons in the NBA’s minor league. After testing the waters in the European league for one year Gerry returned home to California and joined the Los Angeles County Sheriff’s Department. He served the county for two years before transferring to the Santa Monica Police Department, where he served two and a half more years.

After nearly five years in law enforcement, Gerry returned to the U of I as the athletic recruiting coordinator. After six years basketball came calling once more. Gerry returned to Europe and played four more years. He was selected three times as a European All-Star. After basketball, he worked as an exercise specialist.

It was in Germany that a friend asked his opinion on how to sustain a relationship. Even though Wright and the lovesick German had drawn from different experiences, the tips that he jotted down on paper for his friend saved the day. Wright began penning Straight Talk as he trekked through Europe. However, the United States offered home court advantage to publish the book, which has already been translated in German, and soon Spanish. 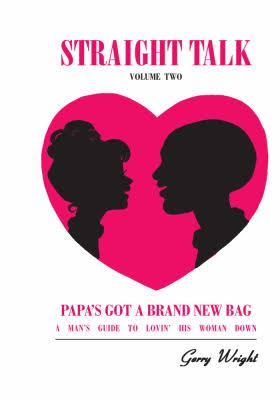