Hari Ziyad (he/they) is a screenwriter, the bestselling author of Black Boy Out of Time (Little A, 2021) and the Editor-in-Chief of RaceBaitr. Originally from Cleveland, OH, they currently reside in Brooklyn, NY, and received their BFA from New York University, where they concentrated in Film and Television and Psychology.

​They are a 2021 Lambda Literary Fellow, and their writing has been featured in Gawker, Out, The Guardian, Huffington Post, Ebony, Mic, Paste Magazine, AFROPUNK, in the peer-reviewed academic journal Critical Ethnic Studies, and in the anthology co–edited by Michael Dumas, Ashley Woodson and Carl Grant entitled The Future is Black: Afropessimism, Fugitivity and Radical Hope in Education, among other publications.

They are also currently a writer at CBS, and were previously a script consultant on the drama series “David Makes Man” (OWN), as well as Managing Editor of Black Youth Project, and an Assistant Editor of Vinyl Poetry & Prose. 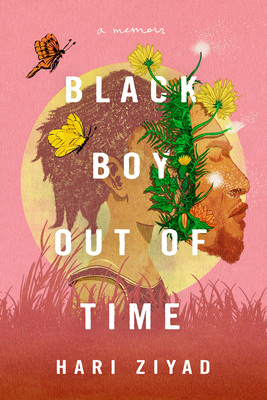 Black Boy Out of Time