Larry Neal Shorter or “Big Larry” is taking the urban lit world by storm. He was born and raised in Edmondson Village on the notorious west side of Baltimore. He escaped the pitfalls of that urban jungle, as he says, by “the Grace of God and the blood of Jesus.”

Shortly after graduating high school he moved to Los Angeles in hopes of a better life or as he puts it, “to get the hell out of Baltimore!” In LA he briefly attended Santa Monica Community College where he studied Social Psychology and Creative Writing, the latter of which awakened him to what he professes is his true calling and purpose in life, writing. After trying for years to make it in Hollywood writing television spec scripts, sitcom pilots, and movie scripts without any success, “the right people would tell me they loved my stuff but nobody cut a check.” He then became frustrated and was on the verge of giving up when in his words, “an angel whispered to me that I should write a book.” After wrestling with walking away from writing all together he heeded the “angels” advice and threw himself into writing his first novel, Love in the Bastard Age.

“Never give up on your dreams. If you use what God gave you and work that thing, you will find success.” 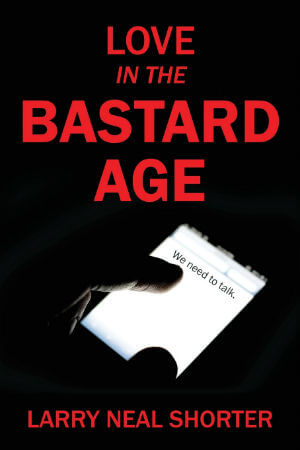 Love In the Bastard Age