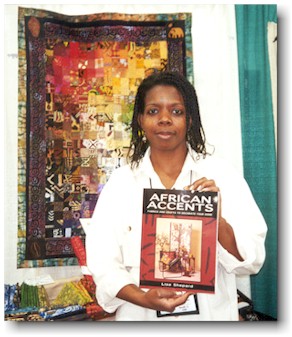 Lisa Sheppard Stewart is an award-winning writer and designer based in New Jersey. In her books, African Accents: Fabrics and Crafts to Decorate Your Home and Global Expressions: Decorating with Fabrics from Around the World, Lisa encourages others to express themselves creatively through culturally relevant techniques and materials. She promotes her work through classes and special events around the country and internationally, and travels to Ghana to source artists, fabrics and materials. Lisa produces Creative Retreats at a holistic spa in Negril, Jamaica, and her first Textile & Craft Tour of Ghana in September 2010. Lisa’s first book, African Accents, earned the Primedia Award of Excellence in 2001.

Her website, www.CulturedExpressions.com, received the Black Web Award for 2007 in the Home Design category, and again won the 2008 and 209 awards in the newly-created Crafts, Décor & Creative Living category. Her third book, African Accents ON THE GO! Designing Accessories with Cultural Style, is the first to be published by her company, and was released in June 2007.

Lisa writes regularly for various web sites, and trade and consumer publications. She has demonstrated several projects & techniques on HGTV and DIY networks, along with Discovery Channel and sewing programs on PBS. For four years, she was the bi-weekly craft columnist for the Star-Ledger, New Jersey’s largest newspaper.

She graduated from the Fashion Institute of Technology (FIT) in New York City with a B.S. in Marketing and an A.A.S. in Communications. She has held various positions in the sewing, craft, and textile industries, including creative director, writer/consultant, fabric buyer, merchandiser, and marketing manager. Lisa has collected African fabrics since 1986, after a visit to Senegal, West Africa. Some of her other interests include travel, entertaining, handwriting analysis, holistic health and yoga. 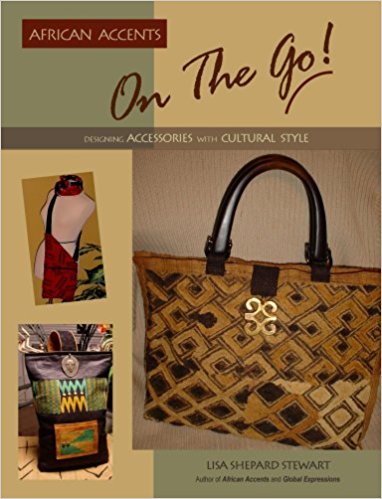 African Accents on the Go! Designing Accessories With Cultural Style 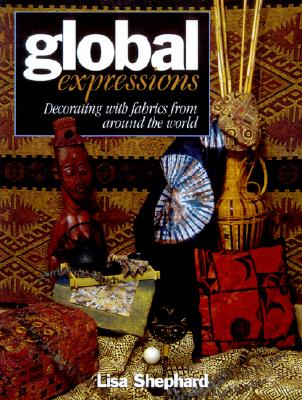 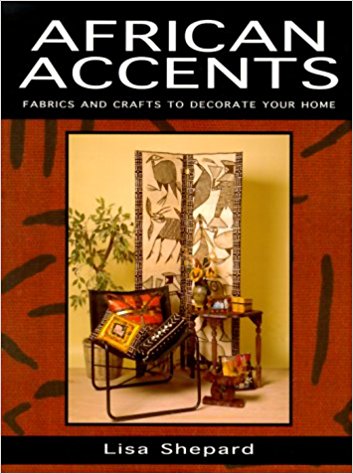