R. L. Byrd (Richard Leon Byrd), was born in the coastal town of Brunswick, Georgia, in a time where America and the South were growing and evolving. Raised by his grandparents, during his early childhood, while his mother pursued her undergraduate and graduate degrees, it was during this time, in the 1970’s, that R.L. developed his “old soul” listening to the many hardships, faith-based and enduring stories of Life, Love and the never-ending search for Acceptance in the world.

It would be this early upbringing that would shape his world not only as a person but as a writer. One of his greatest joys, and memories, was of the many car trips he would take with his grandmother visiting relatives sprawled across the states of Georgia and Florida. R.L. looked forward to those trips as he was able to see the Georgia and Florida landscapes, along with the rural routes, and hear the many stories that kept the older generation entertained for hours.

“Have you ever had stories floating around in your head that would never go away?” —R.L. Byrd

That’s exactly what R.L. Byrd had going on in his head for over ten years, characters and storylines that just never would go away. They only faded into the recesses of his mind while he pursued other interests; such as, his love for Architecture, which he pursued by obtaining a Bachelor of Architecture degree from the University of Oklahoma in 1992. But as the years rolled by, those trapped stories began beating stronger and stronger, clamoring to get out, set free, and placed on paper.

Finally, in 2008, while pursuing his MBA, R.L. had an epiphany while conducting his international field residency in Vietnam. This epiphany was strong enough to veer him from his conventional thinking and way of life to experience the unconventional and R.L. decided to explore the many facets of life, including the insights of a widely popular Atlanta celebrity with clairvoyant capabilities. It was here that what was revisiting and tugging at him every day was confirmed, she said, “boy, you’re a writer and you need to write.” When R.L. entered the reading, he entered as a typical, everyday, 9-to-5 worker; however, when he left, he left as a struggling neo-writer. At this point, the stage was set, this is where his new journey began.

R.L. lives in Atlanta, Georgia and now works on both of his passions. 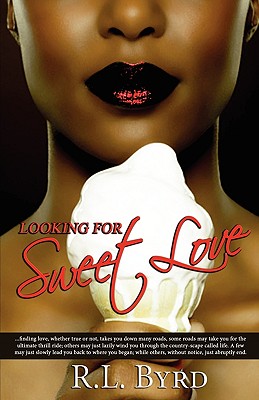