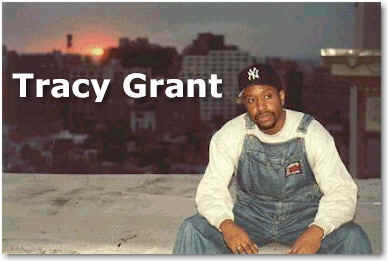 Tracy Grant was born in Brooklyn, New York to a Panamanian father and a Bed-Stuy mother. While attending Georgetown University in Washington D.C., he became well known for writing editorials in the Hoya, the school’s newspaper. His interest in writing and music were both put to use when he began writing for Straight From the Street, a Washington D.C. based music magazine, in 1994. Within three months, Tracy became the Senior Editor of the publication and he served as Senior Editor from 1994 to 1998. Tracy also attended graduate school at Georgetown, where he was a tutor and teaching assistant in the English department.

While in graduate school, Tracy began work as a freelance writer for several other publications, including Generation Next, YSB and Today’s Black Woman. Tracy received his Master’s degree cum laude from Georgetown in 1996 and continues to write for Today’s Black Woman, Black Men, BET Weekend, Rap Sheet, Mad Rhythms, XXL, Players and Mosaic literary magazine. He has also written for Vibe and Stress. Tracy is the founder and Editor-in-Chief of Makingnoize.com, a website devoted to comedians, recording artists and literature. As a publicist, he represented some of the most well-known artists in the recording industry in 1997, including Rita Marley, Luther "Luke" Campbell and Dionne Warwick. Tracy has interviewed dozens upon dozens of recording artists, authors, comedians, athletes, community leaders and businesspeople. He is currently conducting writing workshops for the Rheedlen Center for Children and Families in New York. Hellified is his first novel and he is also working on his second novel. 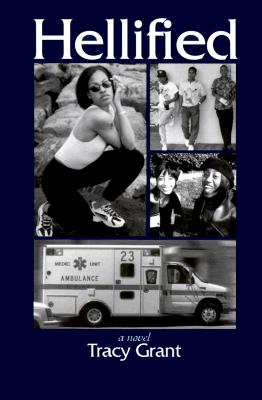