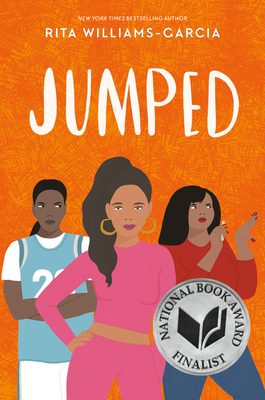 Beloved author Rita Williams-Garcia intertwines the lives of three very different teens in this fast-paced, gritty narrative about choices and the impact that even the most seemingly insignificant ones can have. A National Book Award finalist.

There’s Trina, a pretty, self-involved artist who’s sure she’s bringing beauty and color to the lives of everyone around her, regardless of what they really think. There’s Leticia, who skates by on minimal effort; she’s more interested in her cell phone, her nails, and gossip than school. And there’s Dominique, an angry basketball player who’s been benched for low grades.

When Trina unknowingly offends Dominique, Dominique decides that it’s going down—after school, she’s going to jump Trina. Trina has no idea. And Leticia is the only witness to Dominique’s rage, the only one who could stop the beatdown from coming. But does she want to get involved in this mess?

More books like Jumped may be found by selecting the categories below: