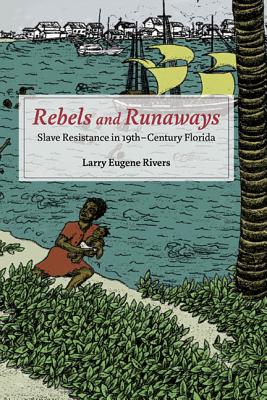 Hardcover Description:
This gripping study examines slave resistance and protest in antebellum Florida and its local and national impact from 1821 to 1865. Using a variety of sources, Larry Eugene Rivers discusses Florida’s unique historical significance as a runaway slave haven dating back to the seventeenth century. In moving detail, Rivers illustrates what life was like for enslaved blacks whose families were pulled asunder as they relocated and how they fought back any way they could to control small parts of their own lives. Identifying slave rebellions such as the Stono, Louisiana, Denmark (Telemaque) Vesey, Gabriel, and the Nat Turner insurrections, Rivers argues persuasively that the size, scope, and intensity of black resistance in the Second Seminole War makes it the largest sustained slave insurrection in American history.

More books like Rebels and Runaways: Slave Resistance in Nineteenth-Century Florida may be found by selecting the categories below: