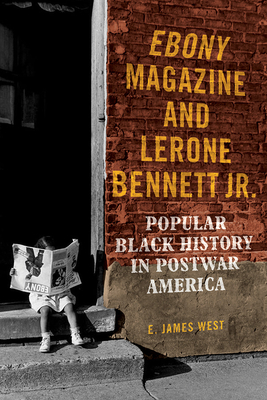 Hardcover Description:From its launch in 1945, Ebony magazine was politically and socially influential. However, the magazine also played an important role in educating millions of African Americans about their past. Guided by the pen of Lerone Bennett Jr., the magazine’s senior editor and in-house historian, Ebony became a key voice in the popular black history revival that flourished after World War II. Its content helped push representations of the African American past from the margins to the center of the nation’s cultural and political imagination.E. James West’s fresh and fascinating exploration of Ebony’s political, social, and historical content illuminates the intellectual role of the iconic magazine and its contribution to African American scholarship. He also uncovers a paradox. Though Ebony provided Bennett with space to promote a militant reading of black history and protest, the magazine’s status as a consumer publication helped to mediate its representation of African American identity in both past and present.Mixing biography, cultural history, and popular memory, West restores Ebony and Bennett to their rightful place in African American intellectual, commercial, and political history.

More books like Ebony Magazine and Lerone Bennett Jr.: Popular Black History in Postwar America may be found by selecting the categories below: