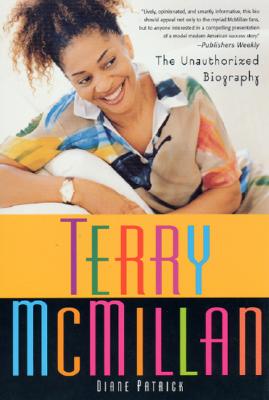 Book Description:
Novelist Terry McMillan is widely considered to be the preeminent voice of young professional African American women today. Her novels Waiting to Exhale and How Stella Got Her Groove Back became instant classics, touchstones for a culture that the mainstream media had often dismissed or ignored.

The story of her own life is as compelling and inspiration as any of her novels. Born in Port Huron Michigan in 1951, McMillan was raised by her mother, her father having died when she was 16. Although staying in her small town would have been the easiest path, McMillan gambled on a brighter future. With only a dream and meager savings, she moved to California and began writing poetry and short fiction. Several years later she left for New York City, where she struggled as a single mother and office clerk until she finally found acceptance of her work. When her first novel, Mama (1987) received only minimal support from her publisher, she promoted it on her own. She found millions of fans, both black and white, and in the process changed the way the book industry sees Black America.