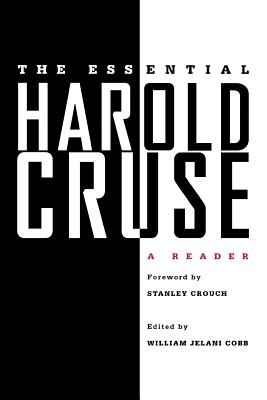 Book Description:
In 1967, as the movement for civil rights was turning into a bitter, often violent battle for black power, Harold Cruse’s The Crisis of the Negro Intellectual burst onto the scene. It was a lacerating attack on integration, and set the agenda for black cultural, social, and political autonomy. A classic of African American social thought, the book and its author went on to influence generations of activists, artists, and scholars. Cruse’s intelligence, independence, and breadth of vision virtually defined what it meant to be a black intellectual in modern America. In this first anthology of Cruse’s writing, William Jelani Cobb provides a powerful introduction to Cruse’s wide body of work, including published material such as excerpts from Crisis, as well as unpublished essays, speeches, and correspondence. The Essential Harold Cruse is certain to become standard reading for anyone interested in race in American society.