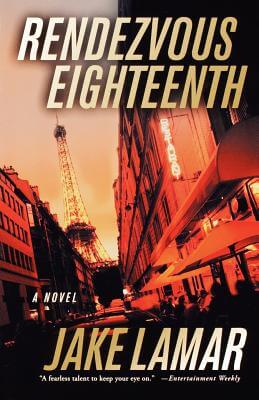 Paperback Description:
Rendezvous Eighteenth marks the emergence of an exciting voice in crime fiction. Ricky Jenks gave up life in the U.S. years ago and is content, if not happy, with his life as a piano player in a small café in the Montmartre neighborhood of Paris. He has many friends among the other African-Americans living in Paris and is happily, if casually, involved with a French Muslim woman. But then everything changes. His American life comes crashing down on him when his estranged cousin wants help finding his runaway wife, whom he thinks might have come to Paris, even though he’s vague about why. That same night Ricky finds a prostitute dead in his apartment building in Paris’s Eighteenth Arrondissment, one of the most multicultural sections of Paris. That these two events could be connected is something he never imagines.This intricate, absorbing thriller is ultimately much more than a suspense novel. Lamar’s detailed and vibrant portrait of life in Paris is as much the story of a black man’s alienation and redemption-indeed, the story of an entire community searching for a home-as it is a taut thriller about revenge, obsession, and murder.