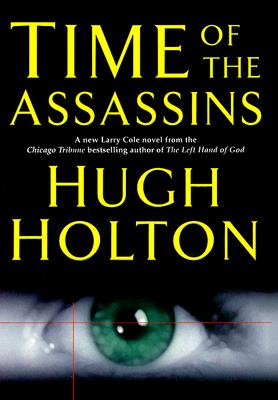 Time of the Assassins (Larry Cole)
by Hugh Holton

Book Description:
Hugh Holton, the highest-ranking active police officer writing books today, is well-known for powerful, passion-charged novels. Reviewers compare his books to hurricanes and firestorms, descriptions that are especially apt in the case of Time of the Assassins. The most controversial story in today’s inner cities is the CIA’s apparent funding of counterinsurgent druglords in Latin America, who, instead of fighting revolutionaries, have used that funding to wholesale crack cocaine in this country’s ghettos.

In this exciting new novel, Commander Larry Cole battles these Agency-funded druglords. Their "personal representative" is Baron von Rianocek, a hitman. A well-paid professional, known as a world-class "problem solver," he has successfully eliminated both high-profile British industrialists and South American dictators. The CIA, the FBI, and Interpol, all suspect him of being behind various incidents, but they have never been able to pin anything on the slippery millionaire, who claims to be descended from European royalty.

Police detective Larry Cole has unwittingly crossed paths several times with the notorious assassin. Appearing at the wrong place at the wrong time, he had twice foiled the assassin’s work. Now the well-heeled assassin has a new target. He has set his telescopic sights on the CPD chief of detectives-Cole himself.

More books like Time of the Assassins (Larry Cole) may be found by selecting the categories below: