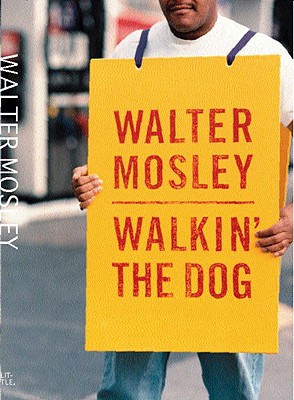 Walkin’ the Dog
by Walter Mosley

In this sequel to Always Outnumbered, Always Outgunned, Socrates Fortlow is back in Watts, trying to leave prison in his past, and confronting the most dangerous emotion of all: hope.

Socrates Fortlow, an ex-convict forced to define his own morality in a lawless world, confronts wrongs that most people would rather ignore and comes face-to-face with the most dangerous emotion: hope. It has been nine years since his release from prison, and he still makes his home in a two-room shack in a Watts alley. But he has a girlfriend now, a steady job, and he is even caring for a pet, the two-legged dog he calls Killer. These responsibilities make finding the right path even harder - especially when the police make Socrates their first suspect in every crime within six blocks

In each chapter of Walkin’ the Dog, Socrates challenges a different conundrum of modern life. In “Blue Lightning,” he is offered a better-paying job but has to consider whether the extra pay is worth the freedom he would have to give up. In “Promise,” he keeps a vow made long ago to a dying friend, and learns that a promise to one person can mean damage to another. In “Mookie Kid,” he gets a telephone and, learns that the price of being able to reach others is that others can contact him - whether he wants to be reached or not.

Walkin’ the Dog builds to a stunning climax as Socrates takes on a rogue cop who has terrorized his neighborhood.

Books similiar to Walkin’ the Dog may be found in the categories below: