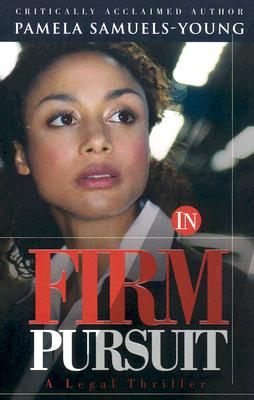 Book Description:
Vernetta Henderson once again tackles life’s most challenging battles — in and out of the courtroom. The top-notch L.A. attorney juggles marriage, love, career and ambition — only to become enmeshed in an explosive case that puts everything she cherishes most at risk . . . After winning a multimillion-dollar verdict in a race-discrimination case, Vernetta Henderson’s legal career is definitely on the upswing. Just weeks away from a coveted partnership at her prominent law firm, the African-American attorney takes on the defense of a major corporation in what appears to be an open-and-shut case of sexual harassment. But Vernetta soon discovers that the case is not what it seems. After passing up a chance to settle the lawsuit for a minimal amount of money, a string of unforeseen events places the entire case — and her own promising future — in jeopardy. It’s bad enough having to work with a pretentious second-year associate who has her own agenda. Now Vernetta finds herself going up against the smooth-talking litigator she once beat at trial. And just when she needs her husband, Jefferson, most, he finds himself in a compromising position that could destroy their marriage. As more troubling revelations about the case emerge, Vernetta uncovers a far-reaching conspiracy of corporate greed, deceit and violence that will touch many lives, including that of her closest friend. With both her private and professional lives spiraling dangerously out of control, Vernetta is about to discover what really matters — and how far she’ll go to protect the people she loves . . .

More books like In Firm Pursuit may be found by selecting the categories below:

Tell us what do you think about In Firm Pursuit.