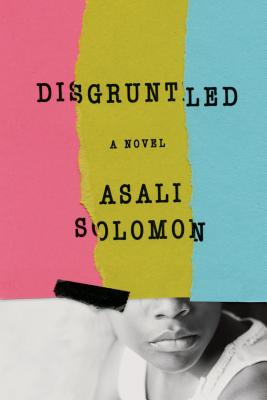 An elegant, vibrant, startling coming-of-age novel, for anyone who’s ever felt the shame of being alive

Kenya Curtis is only eight years old, but she knows that she’s different, even if she can’t put her finger on how or why. It’s not because she’s black—most of the other students in the fourth-grade class at her West Philadelphia elementary school are too. Maybe it’s because she celebrates Kwanzaa, or because she’s forbidden from reciting the Pledge of Allegiance. Maybe it’s because she calls her father—a housepainter-slash-philosopher—"Baba" instead of "Daddy," or because her parents’ friends gather to pour out libations "from the Creator, for the Martyrs" and discuss "the community."

Kenya does know that it’s connected to what her Baba calls "the shame of being alive"—a shame that only grows deeper and more complex over the course of Asali Solomon’s long-awaited debut novel. Disgruntled, effortlessly funny and achingly poignant, follows Kenya from West Philadelphia to the suburbs, from public school to private, from childhood through adolescence, as she grows increasingly disgruntled by her inability to find any place or thing or person that feels like home.

A coming-of-age tale, a portrait of Philadelphia in the late eighties and early nineties, an examination of the impossible double-binds of race, Disgruntled is a novel about the desire to rise above the limitations of the narratives we’re given and the painful struggle to craft fresh ones we can call our own.

Books similiar to Disgruntled may be found in the categories below: