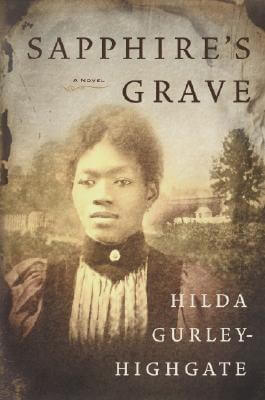 Read Our Review of Sapphire’s Grave

Hardcover Description:
The debut of a major new talent, SAPPHIRE’S GRAVE tells the stories of several generations of African-American women, bringing their spirit and their sorrow to life with a power, sensitivity, and immediacy.

In 1749 in Sierra Leone, a woman of fierce dignity is captured and forced onto a slave ship. On the harrowing voyage to the Americas, she is beaten for her unrelenting will and staunch pride. When she arrives, she gives birth to a daughter who is called Sapphire because of the "black-blue-black" complexion she shares with her mother. Sapphire has also inherited her mother’s strength and defiant spirit, and despite a life of poverty and opression, she grows up to mother several daughters of her own. Even when tragedy strikes and part of Sapphire dies, her strength gives rise to a legend that will sustain the women who follow her, "each carrying something of her mother, her grandmother, her aunts; each passing on to her own daughters blessing and cursing, the consequences of her own choosing.

Through the lives of Sapphire and her descendants, Hilda Gurley-Highgate not only creates a poignant and engrossing saga of black women in America, she brilliantly illuminates the meaning of roots and the links between women and their female ancestors, a tie that often appears tenuous, undefined, and distant, but is strong, palpable, and much closer than we imagine. Written in luminous prose, SAPPHIRE’S GRAVE is an astonishing work by an author poised to take the literary world by storm.

More books like Sapphire’s Grave may be found by selecting the categories below: