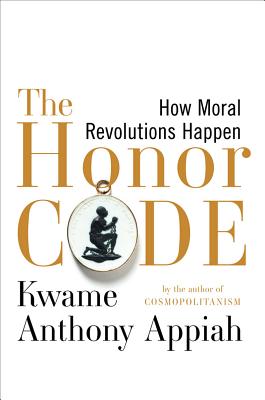 Book Description:
In this landmark work, a leading philosopher demonstrates the revolutionary power of honor in ending human suffering. Long neglected as an engine of reform, honor strikingly emerges at the center of our modern world in Kwame Anthony Appiah’s The Honor Code. Over the last few centuries, new democratic movements have led to the emancipation of women, slaves, and the oppressed. But what drove these modern changes, Appiah argues, was not imposing legislation from above, but harnessing the ancient power of honor from within. In gripping detail, he explores the end of the duel in aristocratic England, the tumultuous struggles over footbinding in nineteenth-century China, and the uprising of ordinary people against Atlantic slavery. Finally, he confronts the horrors of "honor killing" in contemporary Pakistan, where rape victims are murdered by their relatives. He argues that honor, used to justify the practice, can also be the most effective weapon against it. Intertwining philosophy and historical narrative, Appiah has created a remarkably dramatic work, which demonstrates that honor is the driving force in the struggle against man’s inhumanity to man.

More books like The Honor Code: How Moral Revolutions Happen may be found by selecting the categories below: