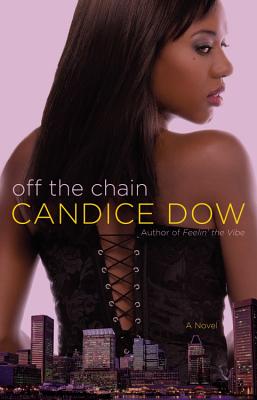 Off the Chain
by Candice Dow

Paperback Description:
London Reed’s dreams of becoming a veterinarian are spoiled when she isn’t accepted to veterinarian school. Instead, she decides to start a dog walking service, but her high-powered mother thinks the job is beneath her and gets London a job working for the sexy William Thorne, a senior investment banker with a multi-million dollar portfolio.

Several months later, budget cuts force Thorne to fire London but not before making her an offer she can’t refuse; have sex with him for money. One date turns into an ongoing affair and Thorne lets London in on a little secret—he’s been running a call-girl service for over fifteen years and claims it makes so much money he’s become addicted. London shortly finds herself enjoying the life of a high-priced call girl and when Thorne’s wife becomes terminally ill, she takes over the service.

Everything is going great until an unexpected magazine article surfaces forcing London to make a decision: expose her clients or go to jail.

More books like Off the Chain may be found by selecting the categories below: