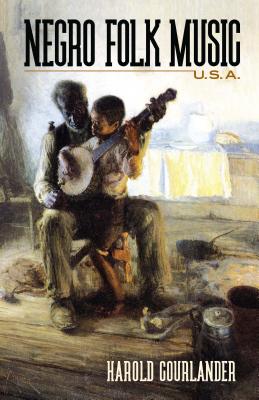 This thorough, well-researched exploration of the origins and development of a rich and varied African American musical tradition features authentic versions of over 40 folk songs. These include such time-honored selections as "Wake Up Jonah," "Rock Chariot," "Wonder Where Is My Brother Gone," "Traveling Shoes," "It’ss Getting Late in the Evening," "Dark Was the Night," "I’sm Crossing Jordan River," "Russia, Let That Moon Alone," "Long John," "Rosie," "Motherless Children," three versions of "John Henry," and many others.
One of the first and best surveys in its field, Negro Folk Music, U.S.A. has long been admired for its perceptive history and analysis of the origins and musical qualities of typical forms, ranging from simple cries and calls to anthems and spirituals, ballads, and the blues. Traditional dances and musical instruments are examined as well. The author — a well-known novelist, folklorist, journalist, and specialist in African and African American cultures — offers a discerning study of the influence of this genre on popular music, with particular focus on how jazz developed out of folk traditions.

More books like Negro Folk Music U.S.A. may be found by selecting the categories below: