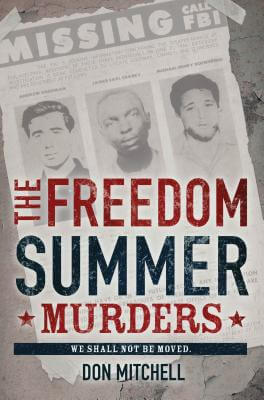 Book Description:To coincide with the 50th anniversary of the Freedom Summer murders, this will be the first book for young adults to explore the harrowing true story of three civil rights workers slain by the KKK. In June of 1964, three idealistic young men (one black and two white) were lynched by the Ku Klux Klan in Mississippi. They were trying to register African Americans to vote as part of the Freedom Summer effort to bring democracy to the South. Their disappearance and murder caused a national uproar and was one of the most significant incidents of the Civil Rights Movement, and contributed to the passage of the Civil Rights Act of 1964. THE FREEDOM SUMMER MURDERS will be the first book for young people to take a comprehensive look at the brutal murders of James Chaney, Andrew Goodman, and Michael Schwerner, through to the conviction in 2005 of mastermind Edgar Ray Killen.

More books like The Freedom Summer Murders may be found by selecting the categories below: