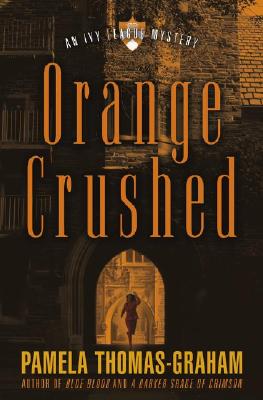 Hardcover Description:
Murder stalks the campus in this exciting, witty, fast-paced, and extremely atmospheric novel, the third Ivy League Mystery by critically acclaimed writer Pamela Thomas-Graham. Harvard economics professor Nikki Chase has come to Princeton for the weekend, primarily to take part in a conference on world economy, but also to pay a quick visit to her younger brother, a graduate student there, and to attend a party honoring Princeton professor Earl Stokes, an old friend and mentor who is rumored to be considering giving up his dual responsibilities as head of Afro-Am Studies and professor in the Economics Department and to make a move to Harvard. Nikki is no stranger to the political games that are played among the professorial ranks, both intermurally and intramurally, so she is not surprised that she finds Professor Stokes under attack both from those who don’t want him to leave Princeton and from those who definitely do not want to see him at Harvard. Stokes, after all, hasn’t just risen in the ranks; he has become a star thanks to his recent controversial bestselling book, Color Counts. So when Stokes’s body is found in the smoldering ruins of the new Afro-Am Studies building, which was still under construction, Nikki is reluctant to accept the findings of the Princeton police that his death was an accident. There remain too many unanswered questions and, as Nikki is acutely aware, there are too many people who had a lot to gain from Earl Stokes’s death. Soon, despite warnings from his friends, her own department head, and the Princeton police, Nikki Chase has begun her own investigation into her mentor’s death, abetted by a Princeton debutante and a wealthy alumna. What she uncovers threatens to cause a major upheaval, not only on the Princeton campus, but back at Harvard as well. Smart and sassy and sexy, Orange Crushed is a thoroughly engaging page-turner that will appeal to all fans of mystery, with a distinctive and entertaining heroine readers will adore.