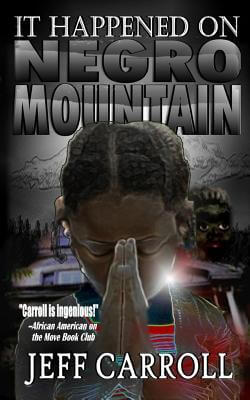 It Happened on Negro Mountain
by Jeff Carroll

Paperback Description:
Matthew Abraham is a drug dealer being forced out of his empire in Baltimore, Maryland. Rather than submitting to the pressures of the younger dealers, he decides to destroy his empire and leave his neighborhood turf with his baby mother and seven year old daughter Destiny, leaving behind a gang war to take up residence in Negro Mountain, located along the Mason-Dixon line. Destiny, disturbed and frightened by her parents’ gang banging lifestyle, turns to the spirits of her departed grandmother and of Negro Mountain itself who speak to her through the dolls she plays with, and bestow upon her powers to manipulate nature through prayer. The saying is, Negro Mountain is a place where bad things happen to bad people. So when negative energy meets with the energy resting in Negro Mountain the outcome is always the same. The Mountain wins.

More books like It Happened on Negro Mountain may be found by selecting the categories below: