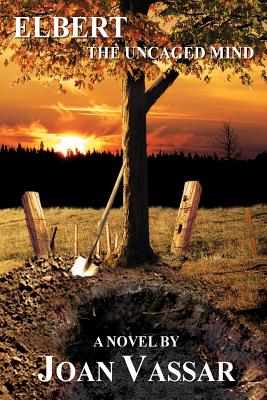 Elbert: The Uncaged Mind (The Black Series #2)
by Joan Vassar

Listen to a reading from the novel Elbert: The Uncaged Mind, book #2 in the Black series, written by Joan Vassar

Canada, 1860—While on a mission for Black, Elbert notices the lovely Anna Baker for the first time. Unable to think of much else, he leaves Canada to pursue the beauty that has captured his thoughts. Anna is unnerved by the man with the lifeless eyes, who is relentless and forward in his approach. She offers nothing of herself to the intimidating stranger, but fate has a different plan. When Anna is assaulted by slave catchers on the streets of Boston, Elbert finds his manhood tested to the limit. He steps in to help, but the consequences prove devastating, and both are sold into bondage. As Anna learns the horrors of slavery, she comes to understand there is more to the foreboding stranger than meets the eye. Elbert and Anna manage to escape—with the help of the legendary Black. But freedom is not enough to satisfy Elbert’s bruised ego. He wants the pound of flesh owed, and he will stop at nothing to collect. The Uncaged Mind is a passionate story of love and healing despite the ugly backdrop of slavery. Native New Yorker Joan Vassar is an avid storyteller who enjoys weaving a great tale.

More books like Elbert: The Uncaged Mind (The Black Series #2) may be found by selecting the categories below:

Tell us what do you think about Elbert: The Uncaged Mind (The Black Series #2).