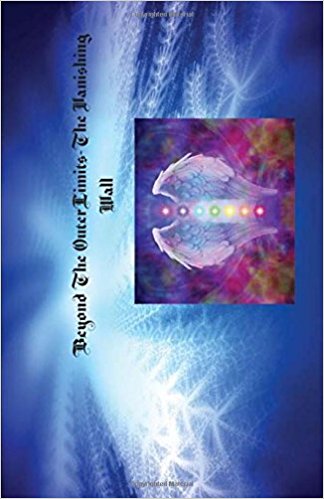 Book Description:
You have entered a new dimension beyond time and space. There is no calculations or perceptions of reality but a void that has not yet formed matter. Space is waiting for time to catch up with it as runners in a race. There has been a rift in time and space that has formed over the Bermuda Triangle and unwary travelers on an aircraft headed home finds that they are caught in a rift through the Vanishing Wall and carried Beyond the Outer Limits. Aliens from foreign Worlds inhabit the planet Earth that starts an interplanetary war. The love rectangle between an earth female, an alien shape shifter, an alien Warlord and an Angel in human form could prove disastrous or will they be the instruments of peace? World War III is started when a hole in the vanishing wall drops an atomic bomb through on North Korea who thinks it is the United States and starts WW III by firing nuclear weapons on California from subs in the Pacific Ocean. President T-Rump retaliates by making a new weapon, a Nonabotic Fission Bomb and plants it in North Korea. The timer is set but before it can detonate, an Angel from God takes it to the moon where it detonates destroying the moon to the shape of a crescent. Chaos, destruction, and war on a torn earth is worldwide. Who will stop it, Man, Aliens or God’s Messenger? Find the answer in Beyond The Outer Limits-The Vanishing Wall.