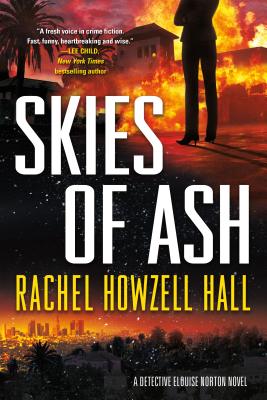 "Lou … is a formidable fighter—someone you want on your side." —New York Times Book Review

"Another smart LA procedural…this determined African American protagonist makes a wonderful addition to the genre."—Booklist on Trail of Echoes

"Hall outdoes her stellar debut in an exploration of vile secrets that pays homage to that earlier master of complex California homicide, Raymond Chandler."—Kirkus Reviews on Skies of Ash

"Rachel Howzell has written another riveting thriller starring her favorite (and mine!) female sleuth, the fabulous when furious and even better when behaving Lou Norton…one of the summer’s best."—Huffington Post on Skies of Ash

"A racially explosive Los Angeles provides the backdrop for this exceptional crime novel…Dead-on dialogue and atmospheric details help propel a tale full of tormenting moral issues. Lou, a brave lady in a brave book, does the best she can." —Publishers Weekly, starred review on Land of Shadows

Books similiar to Skies of Ash: A Detective Elouise Norton Novel may be found in the categories below: