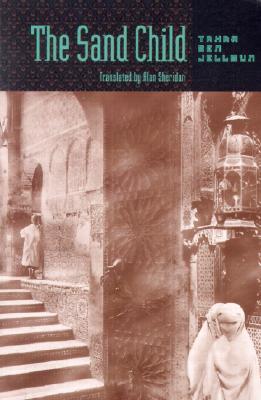 Book Description:
In this lyrical, hallucinatory novel set in Morocco, Tahar Ben Jelloun offers an imaginative and radical critique of contemporary Arab social customs and Islamic law. The Sand Child tells the story of a Moroccan father’s effort to thwart the consequences of Islam’s inheritance laws regarding female offspring. Already the father of seven daughters, Hajji Ahmed determines that his eighth child will be a male. Accordingly, the infant, a girl, is named Mohammed Ahmed and raised as a young man with all the privileges granted exclusively to men in traditional Arab-Islamic societies. As she matures, however, Ahmed’s desire to have children marks the beginning of her sexual evolution, and as a woman named Zahra, Ahmed begins to explore her true sexual identity. Drawing on the rich Arabic oral tradition, Ben Jelloun relates the extraordinary events of Ahmed’s life through a professional storyteller and the listeners who have gathered in a Marrakesh market square in the 1950s to hear his tale. A poetic vision of power, colonialism, and gender in North Africa, The Sand Child has been justifiably celebrated around the world as a daring and significant work of international fiction.

More books like The Sand Child may be found by selecting the categories below: