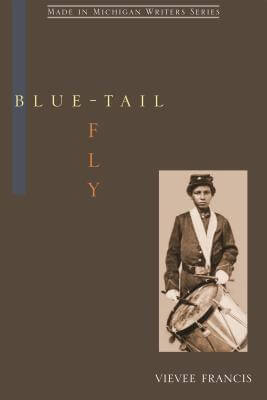 Book Description:
The title of Blue-Tail Fly comes from an antebellum song commonly known as "Jimmy Crack Corn." The blue-tail fly is a supposedly insignificant creature that bites the horse that bucks and kills the master. In this collection, poet Vievee Francis gives voice to "outsiders"-from soldiers and common folk to leading political figures-who play the role of the blue-tail fly in the period of American history between the Mexican American War and the Civil War. Through a diverse range of styles, characters, and emotions, Francis’s poems consider the demands of war, protest and resistance to it, and the cross-cultural exchanges of wartime. More than a narrowly themed text, Blue-Tail Fly is a book of balances, weighing the give-and-take of people and cultures in the arena of war. For lovers of poetry and those interested in American history, Blue-Tail Fly will illustrate the complexities of the American past and future.

More books like Blue-Tail Fly may be found by selecting the categories below:

Tell us what do you think about Blue-Tail Fly.