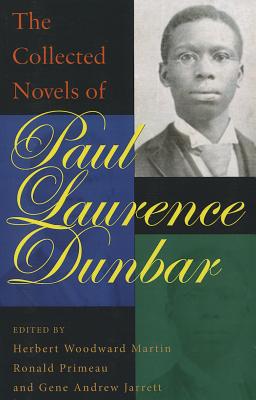 Paperback Description:
At long last, critics, scholars, and lovers of fiction can experience the full range and imaginative powers of the collected novels of Paul Laurence Dunbar (1872 1906). In these four novels, readers can explore the characters, landscape, atmosphere, and visionary sensibilities of this preeminent African American writer.

In the prime of his literary career, between 1898 and 1902, Dunbar published The Uncalled, The Love of Landry, The Fanatics, and The Sport of the Gods. Despite widespread critical interest, the novels have been largely subordinated to his short stories and poetry. The Collected Novels of Paul Laurence Dunbar redresses this imbalance by showing that the novels are also reflections of his exceptional literary talent. While correcting and standardizing the texts, the editors describe the major forms and themes of the novels, putting them in the proper contexts of Dunbar’s creativity, his professional career, and his place in American literary history. Each novel explores, in varying degrees, the issues of race, class, politics, region, morality, and spirituality and challenges the assumption that black novelists should cast only blacks as main characters and as messengers of racial-political unity.

Books similiar to The Collected Novels of Paul Laurence Dunbar may be found in the categories below: