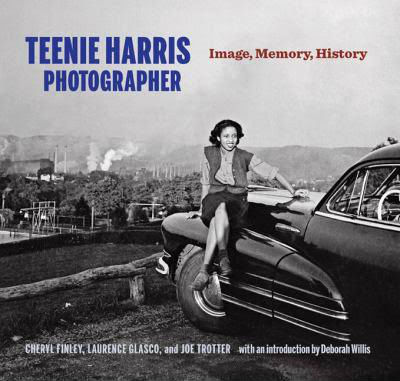 Hardcover Description:
Published in cooperation with Carnegie Museum of Art
With an introduction by Deborah Willis

The famous faces of Lena Horne, Louis Armstrong, Josephine Baker, Muhammad Ali, Jackie Robinson, and John F. Kennedy appear among the nearly eighty thousand photographs of Charles “Teenie” Harris (1908 1998). But it’s in the images of other, ordinary people and neighborhoods that Harris shows us a city and an era teeming with energy, culture, friendship, and family. In jazz clubs, Little League games, beauty contests, church functions, boxing matches, political events, protest marches, and everyday scenes, Teenie Harris captured the essence of African American life in Pittsburgh.
Harris’s career began as America emerged from the Great Depression and ended after the civil rights movement. As a photographer for the Pittsburgh Courier, one of the nation’s most influential black newspapers, Teenie hit the streets to record historic events and the people who lived them. The archive of Harris’s photography, part of the permanent collection of Carnegie Museum of Art, represents one of the most important documentations of twentieth-century African Americans and their communities. Today, even as Teenie Harris’s photography stands alongside that of Harlem’s famed James VanDerZee, his work in Pittsburgh’s Hill District surpasses that of all other photographers in its breadth and rich portrayal of black urban America.

More books like Teenie Harris, Photographer: Image, Memory, History may be found by selecting the categories below: