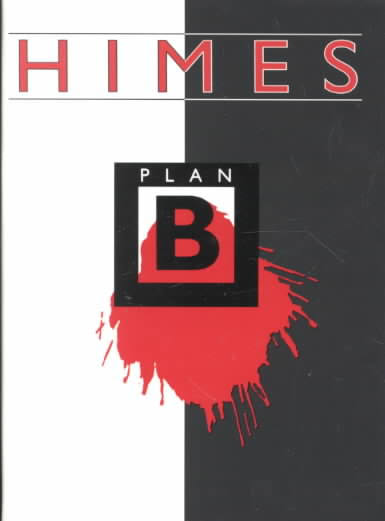 Plan B
by Chester Himes

Book Description:
Tomsson Black, political visionary, business genius, and underground revolutionary, plots to avenge injustice by instigating racial turmoil. The roots of racism extend far back into his ancestry, and persecution and suffering have affected many generations of his family. Tomsson’s own misfortunes are the impetus for him to found a criminal underworld whose ultimate purpose is the overflow of white society. This novel, the history of Tomsson Black and an indictment of racism in America, ends in apocalypse. It is Chester Himes’s ultimate statement about the destructive power of racism and his own personal fantasy of how the American Negro, through calculated acts of violence and martyrdom, could destroy the unequal system pervading American life. However, after reaching an ideological impasse, Himes, one of the angriest writers in the black protest movement, left this novel unfinished. After his death in Spain in 1984, a rumor persisted that he had left a final, unfinished Harlem story, in which he literally destroys both his Harlem backdrop and his heroes in a violent racial cataclysm. The manuscript, entitled Plan B, is that novel. It was edited and published in France, where it was widely hailed as an unfinished masterpiece by readers and critics alike. This new edition, appearing for the first time in the United States, includes an introduction by Michel Fabre (The Sorbonne) and Robert E. Skinner (Xavier University), who have prepared Plan B for publication.

More books like Plan B may be found by selecting the categories below:

Tell us what do you think about Plan B.