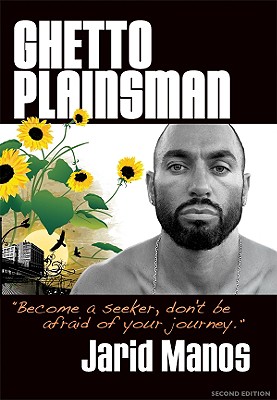 Book Description:
Every movement has its book. Gritty, raw and spiritual, Ghetto Plainsman chronicles one man’s triumph over humiliation, self-defeat, anger and violence by taking us on a chaotic journey between urban survival and the life-or-death struggles of the ravaged American Great Plains. As a modern-day parable for our crashing Earth, this gripping story reveals how someone on the cut, hustling, drug dealing and trying to beat back despair transforms himself into someone working to save great stretches of the American West that prove to be even more violent and devastated than the inner-city. Jarid Manos finds comfort on a curb or in the shadows of a deserted street. He sees the world as a constant war zone filled with hatred and ugliness. He burns with backlash resentment. To complicate matters, he is tormented by a self-loathing denial of his sexuality and wants to kill it out of him. From coastal Texas to an 80s/early-90s New York City under siege by drugs and AIDS, to a xenophobic L.A. wasteland divided by race and class, all the way out into the stricken Great Plains, Manos can barely see the door that Earth has always held open for us to heal, until at his last gasp — It is inside the eye of this storm that Manos finally hears the inner voice: Where are you right now? His personal healing transformation is a model for the new Ecological Health Movement. Beautifully written, infused with a raw realism, hope and an epilogue that shows how to take care of our damaged youth and damaged planet at the same time, Ghetto Plainsman is the searing journey of one of the Green Movements most original voices at a time when the world is in crisis and heading into ecological collapse. With comparisons to such classics as Down These Mean Streets and Manchild in the Promised Land, Ghetto Plainsman is not only a new literary classic, but has survival implications for everyone and our endangered Earth

Tell us what do you think about Ghetto Plainsman.