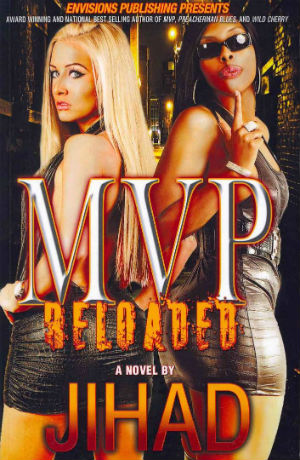 Book Description:
Its been five years since Karen Parker killed her father and brother. Not a day has passed that Karen hasn’t regretted what she did, and now she has vowed revenge on the man who drove her to it - Coltrane Jones, the strip club mogul her district attorney brother sent to prison for life, the same man her defense attorney father helped to vindicate. For five years, Karen Parker has obsessed, plotted and planned. And now that she is in position for revenge, nothing will stop Karen from makingColtrane pay. Be careful what you pray for…Karen isn’t the only one hellbent on revenge. Cheryl "Wild Cherry" Sharell left her wild ways behind years ago. But after Karen leaves her for dead, Cheryl prays for her sanity as she is forced to resurrect Wild Cherry - the only one cunning and crazy enough to destroy Karen Parker.Two women out for revenge…only one will be left standing. Murder is too easy
Vengeance is imminent
Power will be the deciding factor in who’s left breathing