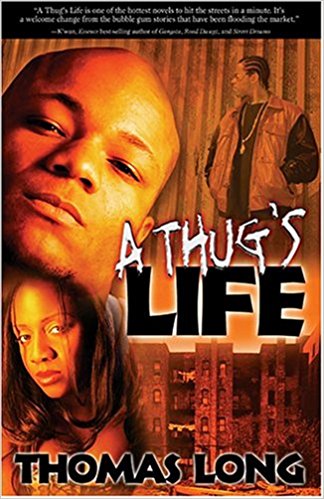 A Thug’s Life
by Thomas Long

Book Description:
Dayvon and Ty ran the drug game in West Baltimore for years as the heads of the DFL (Dogs For Life) family. However, after Ty gets sent to prison on a suspect charge and Dayvon decides that he wants outta the game, drama is about to jump off between the two once loyal comrades. Ty plots his brutal revenge when he begins to think that Dayvon had something to do with his incarceration. Dayvon is not about to lie down and let Ty take him outta the game without a fight. To top it all off, they both face a surprise enemy in two up and coming members of their crew, Lil’ Jay and Stink, who have their own plans to seize control of the family. What proceeds is an action packed adventure that will have you guessing as to who will survive this tale of urban warfare.