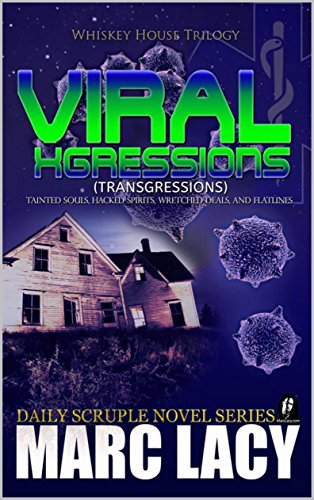 It is no mystery that Lazarus, Alabama truly needs Jesus. But with what went down at the whiskey house last spring, one would never hesitate to ask the question, Why would Jesus even consider coming to Lazarus…period? Lazarus Police Department and Hawthorne County Sheriff s Office had their hands full with the cataclysm at the Hawthorne County Whiskey House. After having to deal with false prophets and violent death, a serious toll was taken on the Lazarus authorities and leadership. So by now all citizens of Lazarus and Hawthorne County definitely know, it s not just an urban legend. If you choose to enter the whiskey house, if you should ever come out, then your life will go south. It doesn t matter if a person is good natured, has good intentions, or is drama free. Passage through the whiskey house produced a magnitude of tainting in the life of every bold soul who braved its interior. So welcome to present day Lazarus, Alabama. Back in the spring, if a person did not get murdered, violated, or incarcerated, they were immensely mentally impacted. Or in some regards, they may have been stricken with some sort of physical ailment. Either way, Lazarus and Hawthorne County have limped into the fall. And with severe budget issues, lack of leadership, and open wounds, one would have to assume that there would be many challenging days ahead for the area. Apparently, most people don t seem to get it. When things happen in Lazarus, they occur at cataclysmic levels. If it seems like a curse, feels like a curse, and impacts like a curse, it s probably a curse. However, in this day and age of viral occurrences, the last thing Lazarus needs is more transgressions running rampant through the city bearing semblance to that of an incurable virus. Viral Xgressions (pronounced transgressions ) is the second book of the Whiskey House Trilogy whose first book, Curse of the Whiskey House set the tone of the trilogy with a thunderous boom. Viral Xgressions picks right up where its predecessor left off with non- stop action, front to back drama, and edge of your seat anticipation of what s taking place on the next page. AT WHAT POINT DO YOU SAY ENOUGH IS ENOUGH AND FORGET ABOUT FRIENDSHIPS, RELATIONSHIPS, AND PERCEPTIONS…ESPECIALLY IF THEY ARE IMPEDING THE PATH OF JUSTICE? Welcome back to Hawthorne County.