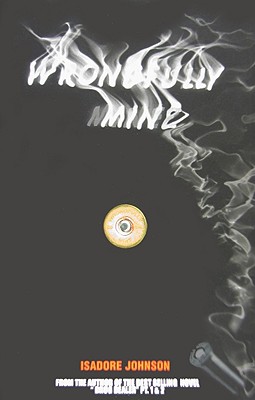 Wrongfully Mine ,Parts 1 & 2
by Isadore Johnson

Book Description:
Wrongfully Mine is the follow up double novel feature to the hot selling books, Drug Dealer parts 1 & 2. For all those who enjoyed the endless drama and spitfire suspense of Drug Dealer, then rush out and grab these hot new releases! Bonus: The first 500 copies ordered will be personally signed by the author himself!!!! wrongfully mine (rawng fuulee min)n. An ill rated mentality when an individual(s) set out to take ownership of something clearly not belonging to them, by the premeditated use of manipulation, coercion, violence, murder, etc….. … After battling what Federal Agents furiously called a seemingly never-ending investigation consisting of years of terror, violent bloodshed and countless heroin overdoses, the tight-knit body of Burn and his monstrous crew had finally been taken down. Overnight, the horrified area where the infamous Little City housing projects stood, was finally able to breathe. The breath they took didn t last long. At the closing of the 7-month long Federal trial proceedings which resulted in Burn and several of his loyal henchmen beating out a slew of charges and receiving unbelievably light sentences, the streets they once trampled fell back on pins & needles. The agents were left furious. Confronted now with the fact that 8 years elapsed. Authorities were left with no choice but to free the ruthless drug dealer they had so much despised. They knew that upon release, Burn would set out to regain full control of Little City despite the added influx of police & new hustlers staking claim. Although not his, in Burns eyes he didn t care. He wanted it all back for himself. Welcome to the mentality of Wrongfully Mine …….

More books like Wrongfully Mine ,Parts 1 & 2 may be found by selecting the categories below:

Tell us what do you think about Wrongfully Mine ,Parts 1 & 2.