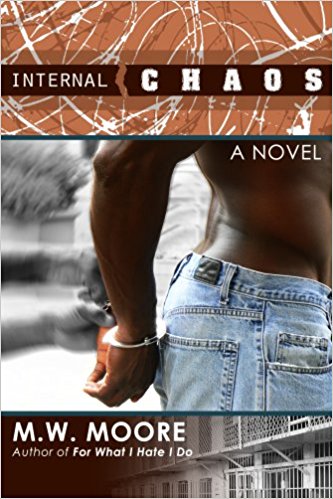 Book Description:
After a plea deal and confession to six bank robberies, Miguel Morris’ life behind bars becomes a daily tempest marked by insolent penitentiary guards and delusional inmates. But despite the chaos, the former NCAA track champion must adjust to prison because it’ll be his home for the next 15 years, unless he is paroled before then. His first year of confinement is like a mental torture chamber as he is robbed of dignity and respect. Among the distresses, the former crack addict is forced to confront his fear of drag queens when one becomes his cellmate, deflect rumors about his sexual preferences and endure regular taunting from a malcontent ranking correctional officer. Although prison starts out as a lonely place, Miguel’s megawatt charisma — much more subdued in lockup — still works to his advantage as many secretly admire his sculpted 6-foot, 2-inch stacked athletic frame and dark-chocolate complexion. Along the way, he discovers that intimate and emotional attachments are practically non-existent. But when those occurs, submissive individuals are treated as property, often with violent consequences. Even Miguel is hurt a couple times when his heart is left unprotected. Internal chaos results because confinement leaves him powerless to assist his mom’s fight with cancer, and his best friend Lazlo, who’s struggling with tough choices that threaten his sanity. Miguel’s misery magnifies after being assigned to the back-breaking, Texas heat field labor of picking cotton and cabbage, a reminder of an era that hearkens back to slavery. And later, he spends weeks in segregation without privileges after being caught having sex in another inmate’s cell as the forces of evil continue to lurk.

Tell us what do you think about Internal Chaos.