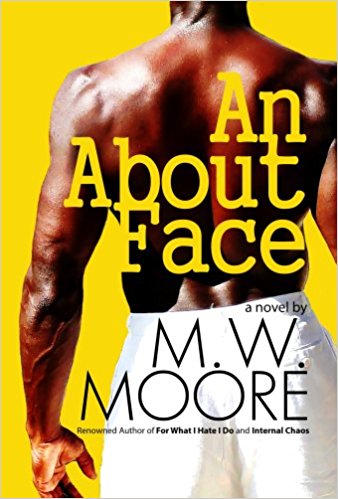 An About Face
by M.W. Moore

Paperback Description:
The final years of prison don t get any easier for former NCAA track athlete Miguel Morris as forces still try to derail his hopes for early freedom. He s still tested by guards, fellow inmates and the bruising sun as he slaves like a farmhand in the work fields. But now, he s trying to avoid similar mistakes due to unresolved sexual addictions. In March 2005, he s paroled and finds employment in less than a month. Ultimately, he hits pay dirt when an Internet design firm hires him as a technician despite a felony conviction for six Texas bank robberies. He later attempts a relationship with Jasmine, leaving behind wounded ex-lover and confidante Lazlo that causes embers to fly. Notwithstanding financial success, he relearns the brutality of the free world when jealous colleagues Carlton and Eva hurl sexual innuendos and threaten him with blackmail, thus jeopardizing his attempt at love. In addition, a contemptible parole officer clamps down on his travels to promote his artwork, a therapeutic passion. Despite obstacles, Miguel is determined to live proudly and make An About Face.