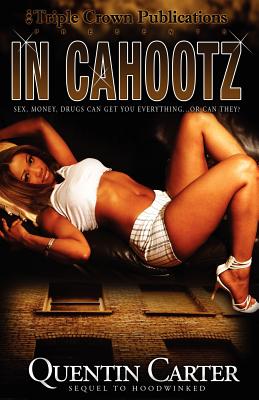 Book Description:
The Sequel to Hoodwinked! Three years after orchestrating the demise of her baby’s daddy and his crew, Tukey Tosh resurfaces with the opening of No Draws - a club that sells everything from sex to Ex. In an attempt to conquer Kansas City’s Ex industry, Tukey uses money, sex and blackmail to get in cahootz with Police Sergeant Cody Brown. Together they form a murderous, robbing Drug Task Force - The D-Unit - whose objective is to attack rival dealers on her command. With the cops and hustlers on the same side, who could stop them?

More books like In Cahootz (Triple Crown Publications Presents) may be found by selecting the categories below: