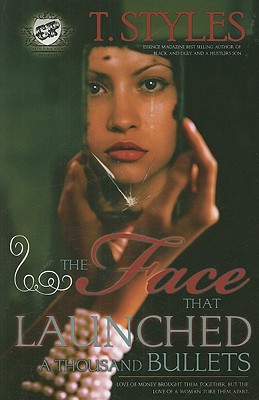 The Face That Launched A Thousand Bullets
by T. Styles

Paperback Description:
The Face That Launched A Thousand Bullets: Two men. Two feuding cities. One woman. One was born in our nations capital, Washington DC. The other is a native of Murder City, Baltimore, MD. Despising the other s city made them rivals before even meeting. It didn t matter that they both grew up on violent streets surrounded by drugs and poverty. Soon, need arises and they re forced to cross each other s paths. But when they do, hate from generations before them rises and their meeting becomes intense. Many years later…an opportunity presents itself for them to put their dislikes aside to make millions. They agree, and quickly become the richest men on the east coast. One has a quick temper…the other has quick wit and this combination makes them unstoppable. Their alliance unites soldiers from both DC and Baltimore as they solidify their empire. Defying all enemies, their bond tightens and they become the best of friends. But what happens when a woman becomes involved who s beauty is so intoxicating, that to get another woman like her would be impossible? War. The Face That Launched A Thousand Bullets is a classic love story. The love of money. The love of power. The love of a woman.

More books like The Face That Launched A Thousand Bullets may be found by selecting the categories below: