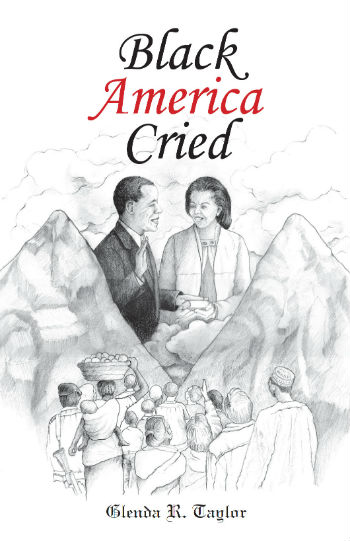 “November 4, 2008, when Senator Barack Obama was elected President of the United States of America, Black America cried. That historic moment not only brought tears to the eyes of Americans of African descent, but people all over the world cheered, cried and celebrated. Everyone was shocked when they found out that the first African American was elected to the highest and most respected public office in the land. This historic moment became a powerful symbol of Americans and the world’s long standing (but momentarily weakened belief) that in America one can beat the odds and achieve the impossible. It reestablished America’s image as the land of opportunity where anyone, regardless of race, could achieve the American dream.” —excerpt from Black America Cried

Scholar, cultural historian, writer and poet extraordinaire, Glenda R. Taylor takes the reader on a modern day trek through the corridors of 20th century American history. Black America Cried is a tribute to the power of the American spirit. Reflective, engaging and awe inspiring, Taylor’s poetic voice illustrates how all things are possible if one dares to dream.

More books like Black America Cried may be found by selecting the categories below: