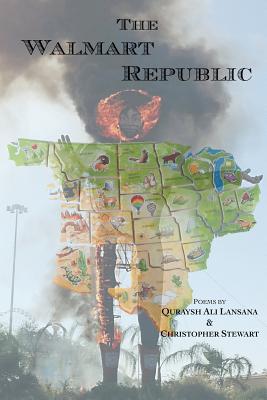 Book Description:
Quraysh Ali Lansana is from Enid, OK. Christopher Stewart was raised in Dallas, small Texas towns, and Chicago neighborhoods. A white man and a black man born in post Kennedy, post-King southern and midwestern USA, though both disagree with those geographical tags. Through these poems, the poets assert that their births, their ways of seeing, and their pains are rooted in what Ali Lansana’s OU film professor termed "the Walmart Republic," a land where shopping center is community center. Where the failures of the father are re-learned in the lessons of the son. As poet Elise Paschen declares, "Quraysh Ali Lansana and Christopher Stewart pack the punch in these gritty poignant poems. Their poetic techniques counterpoint each other from lyric narratives to sharp edgy sonic bursts, creating a novel-like narrative. We follow two different journeys which begin in the Bible Belt and reach adulthood in places across the map. These gutsy poems explore identity and race against the backdrop of an ever-changing America.

More books like The Walmart Republic may be found by selecting the categories below: