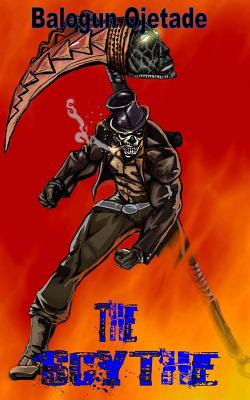 The Scythe
by Balogun Ojetade

Paperback Description:
He has been given a second chance at life. A second chance at revenge. He is the bridge between the Quick and the Dead. He is…THE SCYTHE! Out of the tragedy of the Tulsa Race Riot of 1921, a two-fisted hero rises from the grave! Inspired by the pulp magazines of the 1930s and 1940s, a tale of action, adventure, thrills and chills await fans of Dieselpunk, die-hard pulp fans and readers who just love a gritty story that packs a mean punch. Enter a world in which Gangsters, Flappers, vampires, robots and the Ku Klux Klan all roam the same dark back streets; a world of grit, grime and grease; a world of hardboiled gumshoe detectives and mad scientists; a world where magic and technology compete for rule over the world. Dieselfunk has emerged in The Scythe…and the Roaring Twenties will never seem the same!

More books like The Scythe may be found by selecting the categories below: