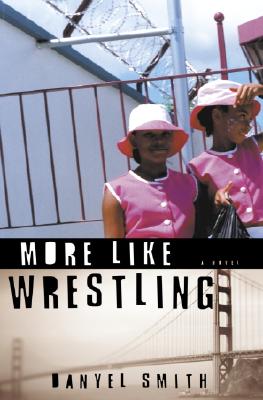 Read Our Review of More Like Wrestling: A Novel

Hardcover Description:
The art of living is more like wrestling than dancing …

More Like Wrestling is the magnificent debut novel by one of the most acclaimed music journalists of her generation. It tells the story of Pinch and Paige, two sisters coming of age in Oakland, California, in the 1980s, a time when that beautiful, crumbling city is being transformed by tectonic shifts, both literal and figurative.

The novel unfolds through the alternating narration of the two sisters: Pinch, quiet and observant, and Paige, louder and wilder but faltering under her facade. The sisters are teenage refugees from a violent home, living alone in a faded Victorian mansion where they survive by creating a closed world centered around each other and their new friends—a rowdy makeshift family of castoffs, dealers, and drama queens on the periphery of the burgeoning drug game, some looking for a way out, some looking for a way deeper in. As the sisters grow from girls into women, they are confronted with a series of surprising reversals—death, imprisonment, and, just maybe, love—that force them to come to grips with the truth about their choices, their friends, and their tangled roots.

More Like Wrestling takes readers into fresh and surprising terrain, bringing a complex set of characters to vivid life with bracing honesty and sophistication. With a journalist’s eye for detail and a poet’s ear for language, Danyel Smith has written an unforgettable tale about memory, forgiveness, and love in a world built on fault lines.

Books similiar to More Like Wrestling: A Novel may be found in the categories below: