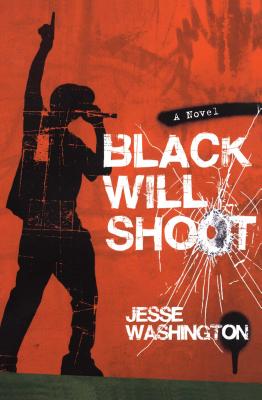 Black Will Shoot: A Novel
by Jesse Washington

Book Description:
Marq Wise is a talented, ambitious young writer with a good life, a gorgeous girlfriend — and the inescapable feeling that something is missing. When he’s offered a job at Fever, his favorite hip-hop magazine, Marq finally realizes just what that is.

Now he can uncover the real, gritty stories — unless his older brother, Dontay, a one-hit-wonder producer turned crack smoker, ruins everything first. As Marq immerses himself in his beloved hip-hop, his world slowly collides with Dontay’s, and both begin to unravel. And the more Marq discovers about the gangsters and criminals who really run the rap game, the deeper and deadlier the danger.

Black Will Shoot is a compelling look at the most impactful and influential American cultural movement of the past thirty years. Jesse Washington — entertainment editor for the Associated Press and a former top editor at Vibe and Blaze magazines — has written a fearless page-turner set amid the glories and evils of the rap world. His unique experience and sophisticated yet street-smart prose make this remarkable debut the first literary novel to truly capture the flavor, influence, and significance of the sound track to a generation.

More books like Black Will Shoot: A Novel may be found by selecting the categories below: